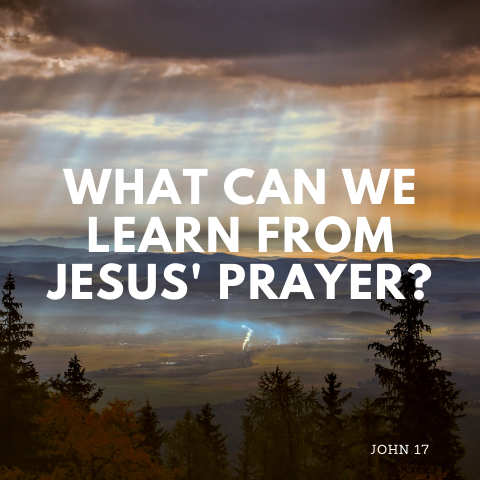 John 17 is one of the most impressive chapters of the Bible to me, and I doubt I am alone in that sentiment. The setting is Jesus praying to the Father in the presence of His disciples on the very night He was arrested. He had just shared the Passover meal with them and washed their feet. He had spoken many words of love, wisdom and even warning to them. Then, He allowed them to listen to His prayer to the Father. And what’s more, the prayer is filled with Jesus talking about and making petitions for His disciples. From the verses above, let me make some observations.

1. God’s Accomplishes His Purposes: It was no accident as to which ones became Jesus’ disciples. Though all should have repented at the preaching of John the Baptist and Jesus Himself, many did not. This group of disciples followed Jesus because God had sovereignly chosen them and given them to Jesus. There was much spiritual darkness in that day. Lies, deceit, and evil schemes abounded. But none of that could thwart God’s sovereign purpose to reveal the glory of Jesus and the true knowledge of God to this group. The same is true with those who believe today. The initial source of our repentance and faith can only be traced back to the purpose of a sovereign and gracious God. He is still fulfilling His purposes in current times. All the spiritual darkness of our day cannot hinder God from accomplishing His purposes in saving sinners.

2.  Jesus Loves His Disciples: It has been noted before that Jesus didn’t utter one word of criticism to the Father about His disciples in this prayer. This is remarkable since He had to rebuke them repeatedly for sins like pride, unbelief and carnal views of His kingdom. The gospel accounts reveal that this group was far from flawless. One reason for this favorable report is undoubtedly because Jesus would soon go to the Cross and cleanse them from every stain. This gives us insight about our access to God through the intercessory work of Jesus (Hebrews 7:25). He has now died, risen and ascended back to the Father. There, He is seeing to it that the merits of what He has accomplished are given to us. Oh, what attentive love and rich grace to undeserving sinners!

But, there is another aspect to this favorable report. There were genuine fruits of righteousness in the disciples. Not fruit to the degree of absolute perfection, but genuine fruit nevertheless. God calls you and I to a high standard. If we are true believers, there will be genuine fruits of repentance, faith and holiness in our lives. However, just like the disciples of Jesus’ day, none of us will ever exercise those fruits without some defects. Yet, we are comforted that Jesus doesn’t disown us even when we foolishly stumble like the disciples did on numerous occasions. His love and grace continue with us to keep convicting, teaching, renewing and guiding us.

3.  Jesus Highlights What is Most Important: In these verses 6-8, as Jesus brings a favorable report to the Father, notice what He doesn’t mention about them. Nothing is said about whether or not Matthew is wealthy. Peter’s good looks (if he had them!) are not noted. If John had many followers on social media (or the 1st century equivalent), we don’t know about it. Surely, you understand the point. We have a tendency to overvalue certain things and undervalue more important things. Possessions, popularity, creature comforts and more can seem extremely important to us. But, what was Jesus passionate to tell His Father about these men? The true knowledge of God had been revealed to them, they embraced God’s word and they believed in the Father and the Son! Know this: the most important thing about you is whether or not you have a saving knowledge of the Lord Jesus Christ. The whole gospel of John records Jesus emphasizing this fact again and again. Believer, value and prize this eternal gift. Make the things of the kingdom of God of greatest importance and priority in your life. Pray for your loved ones and others that this most important thing would be granted to them.

Elder Timothy Guess was ordained to the gospel ministry under the authority of Grace Chapel Primitive Baptist Church in Memphis, TN, in 2006. He has served alongside Elder Poe at Collierville Church since shortly before his ordination. Bro. Timothy has been blessed to assist in gospel labors in Nicaragua, India, and Cambodia. At the home front, he is in involved in gospel outreaches among Spanish-speakers. He and his faithful wife Meredith have five children. Bro. Timothy preaches in our Sunday morning worship services.