Elder Timothy Guess was ordained to the gospel ministry under the authority of Grace Chapel Primitive Baptist Church in Memphis, TN, in 2006. He has served alongside Elder Poe at Collierville Church since shortly before his ordination. Bro. Timothy has been blessed to assist in gospel labors in Nicaragua, India and Cambodia. At the home front, he is in involved in gospel outreaches among Spanish-speakers. He and his faithful wife Meredith have five children.  Brother Timothy preaches in our Sunday morning worship services and teaches at the Wednesday Bible Study. 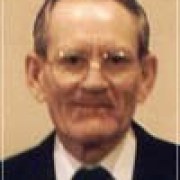 Elder Bobby Poe was ordained to the gospel ministry under the authority of Whitehaven Primitive Baptist Church in Memphis, TN in 1967. He has pastored a number of churches primarily in West Tennessee and North Mississippi, but also some in Texas. Bro. Bobby has been faithful to go where God has called him, including ministering in the Philippines in 1996 on two occasions, covering about three and a half months. In April, 2009, he ministered in teaching and preaching in Cambodia. He has been a blessing in mentoring a number of young ministers, including our co-pastor, Timothy Guess. Collierville Church benefits greatly from his years of wisdom and experience in walking with the Lord. Bro.  He and his wife Ann raised three children. She was a faithful help to her husband in his gospel ministry until her earthly pilgrimage ended in 2017.  He has served Collierville Church since 2001.